The Fossepocalypse nears its ultimate denouement as we watch Fosse’s autobiographical masterpiece ALL THAT JAZZ.

The movie stands on its own (boy howdy, does it) but oh the layers when you know your Fosse work and history!  The egotistical frustrations of making PIPPIN a Fosse show, the insanity of creating a Broadway show while editing a movie, the complications of directing your wife and lover while sleeping with the rest of the cast…Fosse’s cinematic version of himself was unflinchingly honest and ugly.

We see the truly loving father, the honest terror of trying to create, the lingering trauma of sexual assault.  Casting Roy Scheider was yet another genius move on Fosse’s part.  Scheider’s innate warmth keeps us invested at even the most hateful self-centered moments. 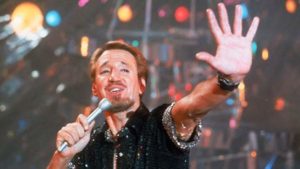 “Keep your relationship entanglements over there, just send in the drugs!”

Beyond the autobiographical, this is one of the best “backstage musical” movies ever made. In the opening audition sequence, Fosse captures life upon and behind the wicked stage with all the brutal sweat and short-lived hopes, and also shows us the shallow maneuvering the often happens behind the scenes and before the artistry. It’s also a morality tale on the costs of art – the metaphor of “creating art is like giving birth” has never been so honestly bloody and painful.

And it’s funny and sexy.  So, “take off with us!”  And enjoy this week’s episode!