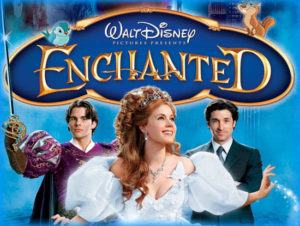 Not pictured: The rats and cockroaches who did all the real work. The gig economy sucks.

This week, your hosts sing along with Amy Adams (and some cockroaches) in ENCHANTED!

Meta, satire, spoof, homage – ENCHANTED is all of the above. Filled with deep Disney nerd references (literally every name in this movie means something), sweet homages (the old men in the park were chimney sweeps in MARY POPPINS), and delightfully singable tunes, this movie was Amy Adams’ first starring role and she embodies what a cartoon would act like in real life while bringing an earnest sincerity to every moment.

The central love story is pretty by-the-numbers, but that doesn’t matter. Keep your eyes on the three-way-tie in scenery-chewing that is James Marsden’s prince, Timothy Spall’s hapless henchman, and Susan Sarandon’s literal dragonlady.

Laugh out loud funny, with a satisfyingly modern climactic rescue, ENCHANTED is, well…enchanting. 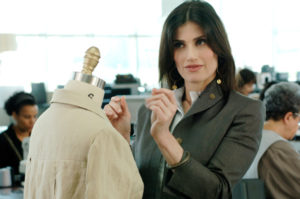 I’m not going to sing. Just LET IT GO.

This week, Windy introduces Vinnie & Mike to the wonders of a tap-dancing Cagney in YANKEE DOODLE DANDY.

A straight-up, no frills, no unnecessary “plot” or “conflict” biopic of George M. Cohan, legendary songwriter and showman – and ego. Every patriotic song you were taught in 3rd grade was written by George M.

Directed by Michael Curtiz (CASABLANCA, WHITE CHRISTMAS, THE ADVENTURES OF ROBIN HOOD), the movie is gorgeous and the costumes are stunning. More importantly, it’s perhaps the only record of the particular style of dancing and showmanship that was a Cohan show. Cohan lived to see the movie premiere and approved of Cagney’s performance (Cagney worked with the choreographer who was Cohan’s assistant to master the quirkiness of Cohan’s dancing style).

We enjoyed Giving Our Regards to the Broadway of old while watching Cagney wave that Grand Old Flag – we hope you will too.

Also – we loved the hats.

Guaranteeing you really have a “good side” 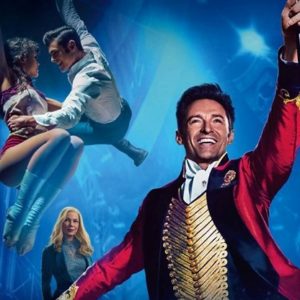 This week, your hosts Come Alive as they watch THE GREATEST SHOWMAN!

THE GREATEST SHOWMAN is a contradiction: a huge hit that was a flop; a catchy and engaging story about a man universally reviled; a dream project for one of Hollywood’s biggest stars helmed by an absolute nobody. After a disappointing opening weekend just before Christmas 2017, it’s a film that only just exited theaters (over six months later), with sing-along showings still packing them in only weeks ago.

Hugh Jackman, clearly delighted to return to his musical theater roots, heads a killer cast who (mostly) do their own performing. But it’s a film released at exactly the wrong moment in America, when those most in love with the arts had no patience for a feel-good story about P.T. Barnum.

Insanely catchy numbers paired with kinetic and exciting choreography, not to mention attractive people in delicious costumes, has us hoping that eventually this movie will “Rewrite the Stars” and win over those who never gave it a chance. 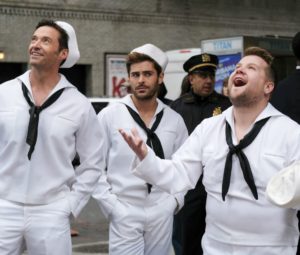 Keala absolutely destroying “This is Me”

Mentioned in this Episode:

Listeners: We apologize for the sound quality on this episode. The quality does improve as the episode goes on.

Episode 2 has us rewinding back to the classic THE KING AND I, starring Yul Brynner (and his chest) (and his 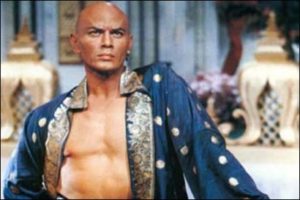 calves) and Deborah Kerr (and her gowns!). Neither Vinnie nor Mike had ever seen the movie version, with its lavish sets and even more lavish costumes. More stunning than either of those is the chemistry between our two stars. Bonus gorgeous: Rita Moreno!

This movie demonstrates the emotional depths that a musical can achieve, with the psychological crisis of Yul’s King being the central conflict. Yul Brynner owned this role so completely, he would play it for the rest of his life, even while dying of cancer. Add in Jerome Robbins’ choreography – particularly  the iconic “The Small House of Uncle Thomas” –  and it’s easy to understand the enduring love for this movie.

Let’s continue “Getting to Know You,” listeners, by hopping (one-footed) on into THE KING AND I. 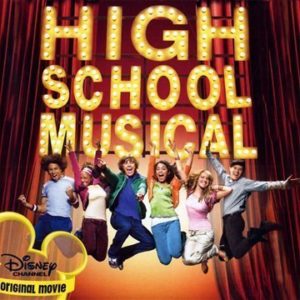 Here it is! Our inaugural episode! We chose to kick things off with a high-energy modern hit: HIGH SCHOOL MUSICAL.

Each week, your trio of hosts – Windy, Mike & Vinnie – will be watching a musical, but here’s the trick: at least one of them will have never seen it before (and where we have all seen it, we’ll bring in a stunt n00b). For our first foray, Vinnie was our virgin watcher.

This movie launched the career of Zac Efron, kicked off a money-making trilogy for Disney, and cemented Kenny Ortega as a modern musical master. It’s got energy to spare and a huge fan base, so “Get’cha Head in the Game” and join us at the “Start of Something New!”